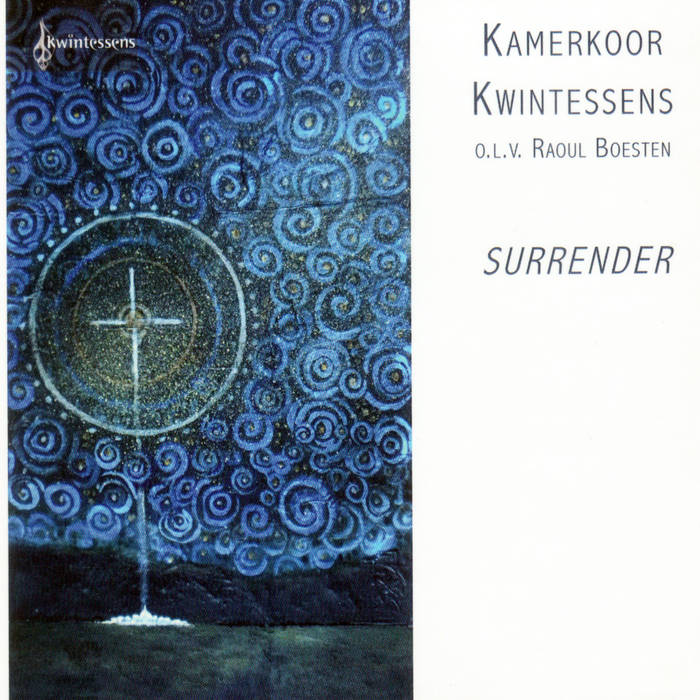 The ego. That part of us that separates us form the light. A product of the mind creating duality as far as it can reach, because duality is what gives the ego it's right to exist. That battle, the back and forth between wholeness and separation, is the game of life we're all playing.

This field of tension is what this CD represents. We composed choral pieces of two programs Kwintessens performed in 2012: 'As I Surrender' and 'O Morgenstern'

Music by the American composer Eric Whitacre (1970) tells the struggle by angels to rid the gold of her egoism. In addition, Whitacre's 'Alleluia' and the impressive 'When David heard' are pieces reflecting the human struggle with torment.

Noteworthy are also the two works of William Hawley (1950) for 16 voices. The first piece is in major, the second in minor. Sang with transparant voices, using the lyrics of Decimus Magnus Ausonius (4th century) Hawley treats us with poetic music reflecting on the same theme of light and darkness.

'Exhortation and Kohima' from John Tavener (1944) is based on the text used in commemorations of 'those who have fallen'. Tavener magisterial uses a double-choir to climb finto heaven using an echo on the earthly main choir.

This and more beautiful music can be heard on this record. Tis CD is a dedication to the path of surrender. It will invite you to face your own ego, look it straight into the eye's and surrender. Because if we dear to surrender, the illusion becomes clear and the ego falls.

Chamber Choir Kwintessens was founded in the Netherlands in 2005. Settled in The Hague, the Dutch Choir consists of 24 passionated singers. Committed to mostly contemporary music the choir has collected a large repertoire, serving its audience with more then only beautiful music. The choir stands out for creating an experience that touches the soul.
Founder & conductor: Raoul Boesten ... more

Bandcamp Daily  your guide to the world of Bandcamp